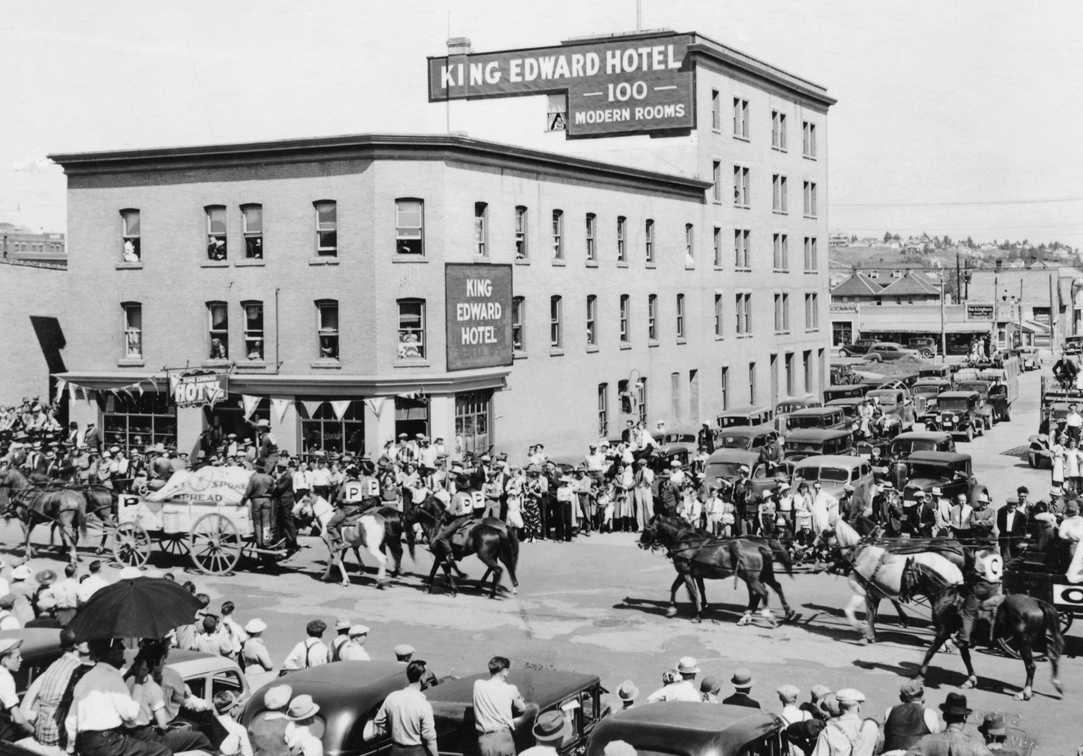 When Ellen McIlwaine first started playing Calgary’s “home of the blues” in 1982, it was packed full of low-hanging cigarette smoke, melodic chords and a crowd dancing just a few feet from her guitar.

She started coming to the historic King Edward Hotel while travelling through a North American blues circuit. Originally based in the U.S., she never missed a chance to stop in, and eventually relocated to Calgary in the early ’90s. On an average Saturday, she’d host the jam at the King Edward Hotel all afternoon and then play three sets into the night. Looking back, she laughs and says the crowd was always a “mixed bag” — from bikers to police to blue collar to white collar.

The venue affectionately called the King Eddy closed its doors in 2004 after falling into disrepair, and soon faced demolition. But Calgary’s National Music Centre opted to restore the building in 2008 — taking it apart and rebuilding the exterior brick-by-brick — officially reopening the live music venue on July 20, 2018. That weekend, McIlwaine took the stage in front of a buzzing crowd once again at her old stomping grounds. 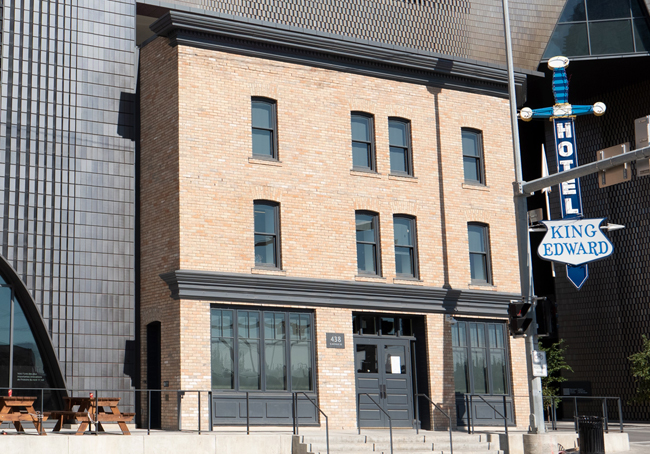 Stretching all the way from the King Eddy to The Blues Can along 9th Avenue, the Music Mile Society is a non-profit collective of venues, businesses and organizations working to bring more live music to the city. There’s a minimum of 25 live shows along the mile every weekend, with many found in unexpected places like Charbar and The Nash.

“Think of it like the python that swallows the pig,” laughs Music Mile organizer Meg Van Rosendaal. “The spine of the mile is along 9th Avenue, but it spreads out on both sides into Inglewood and East Village. What gives the Music Mile the chance to be something wonderful is that it connects two neighbourhoods — it’s not just one attraction, it creates a destination.”

With beloved venues like The Blues Can, Ironwood and Festival Hall already in the area, as well as the promise of the King Eddy returning, Van Rosendaal says the area was already a music mile, “but it didn’t have a name.” So, along with musician and friend Bob Chartier, she helped put together a steering committee and officially launched the Music Mile Society in January 2016.

The launch coincided with the opening of Studio Bell’s National Music Centre’s (NMC) new location built around the King Eddy. Andrew Mosker, president of the NMC, says “the history and the lore” of the King Eddy was what drove them to build around it, essentially making it the biggest piece of their collection. Members of the Music Mile Society reached out to Mosker early on to join the grassroots initiative, and he said the NMC immediately jumped at supporting the cause.

“For Calgary, it’s important for us as a community to support local artists,” adds Mosker. “Venues are closing all over Canada, so we want everyone along the Music Mile to benefit from having more venues to (create) a destination. I think that’s what’s going to make Calgary a real music city.”

Calgary music venues have seen multiple closures over the past year, such as downtown’s Nite Owl. Chartier, known as the “Mayor” of the Music Mile Society, says that many other venues are struggling, and added that their initiative is to foster a creative community.

“We’re here to support venues and artists,” he says. “What we want to do with the Mile is make live music sustainable in Calgary.”

After Chartier retired in 2014, he went on a musical pilgrimage through the States where he says he fell in love with music cities. From Austin to New Orleans to Memphis to Nashville, he returned home craving a musical hub. He and Van Rosendaal walked along 9th Avenue shortly after his return, and says the impetus of the Music Mile Society blossomed.

They talked to businesses along the strip, and found an “overwhelmingly” enthusiastic response. Before long, even retail businesses were embracing the title by hanging guitars up in their windows, while cafés and restaurants launched open mic nights.

Before the Music Mile Society was even fully created, Chartier, Van Rosendaal and their team held meetings with the community to test the waters. Kate Stevens was only 15 years old when she went to the first meeting. At the time, all the venues along the mile were 18+, which meant no youth could perform or experience live music. So she stood up in the meeting and asked what could be done for underage musicians.

“They said, ‘I don’t know, what do you think?’” she laughs. A year later, she was a part of launching a youth organization with the society called the Youth Musicians of Music Mile Alliance (YO MOMMA).

“It’s a community,” she says. “It’s nurtured so many young artists over the past two years and launched so many careers.”

Now at 18, Stevens has been nominated for the Female Artist of the Year for the YYCMusicAwards and has spurred youth nights at venues like The Blues Can. She also played in front of an audience of more than 2,000 people at the NMC this spring.

Chartier says the Music Mile Society is just starting, but if they can continue to foster talent and bring in the next generation of artists, the mission will be a success.

“If one of my grandkids said to their friend, ‘Let’s go down to the Music Mile and see what’s happening,’ I’ll feel pretty good about that,” he says. “That’s the thing I think about the most in terms of the work that we’ve done — if our grandkids and the next generation see it as we imagined.”

As a venue, the King Eddy now plays more than just the blues, but Mosker says the spirit of bringing people together through music remains the same.

“It had to reflect Canada’s music,” Mosker says. “Very few audiences nowadays listen to just one type of music, so we wanted to tap into that history of bringing so many walks of life together. Even though it doesn’t look how it did when it was built in 1905, people still feel the spirit of the King Eddy. You don’t lose history like that, you just build on it.”

And that sentiment rings true to McIlwaine, as she recalls taking up her old post during the July launch.

“It felt really good to be back up there again,” she says. “It was packed, just like it always was, so the band went to town. It’s so wonderful that they restored the Eddy and kept the tradition going. The audience felt like a bunch of old friends.”