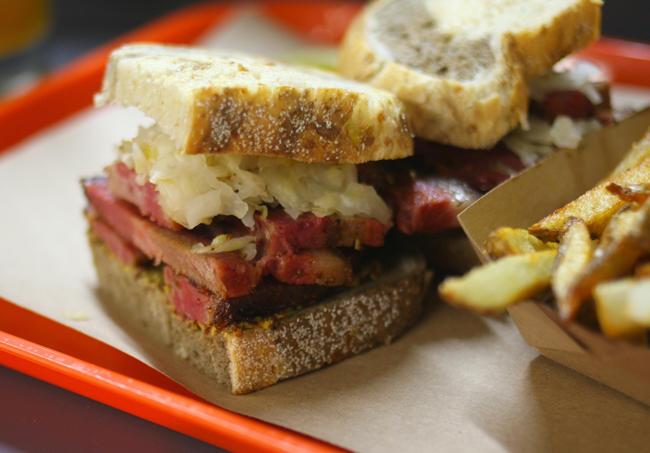 Calgary absolutely loves its craft beer, as evidenced by the more than 30 breweries operating in the city. Many bars and restaurants proudly carry local brews, but sometimes you want to go straight to the source — and have a bite to eat while you’re there.

LAST BEST BREWING & DISTILLING
Those who show up just for the beer have a very pleasant surprise awaiting on the food menu. Alongside the must-haves like burgers and pizza, you’ll find some less common options such as smoked bone marrow, lamb paninis and bison fry bread with pickled saskatoon berries. 607 - 11 Ave SW, lastbestbrewing.com

PADDY’S BARBECUE & BREWERY
If you want to chow down on Southern-style barbecue with small-batch craft brews never far from your side, this “brewbecue” is the place for you. Every Thursday they offer their popular pastrami, which is brined and smoked in the brewery, and most of the food is gluten-free. 3610 Burnsland Rd SE, paddysbrewbecue.com

WILD ROSE BREWERY TAPROOM
Absolutely one of Calgary’s best known breweries, Wild Rose is a standout both beer-wise and food-wise. The menu is pretty extensive, and they kindly suggest a beer for each dish to take the guesswork out of pairing. Don’t miss the bison brisket with a Barracks Brown to wash it down. 4580 Quesnay Wood Dr SW, wildrosetaproom.com