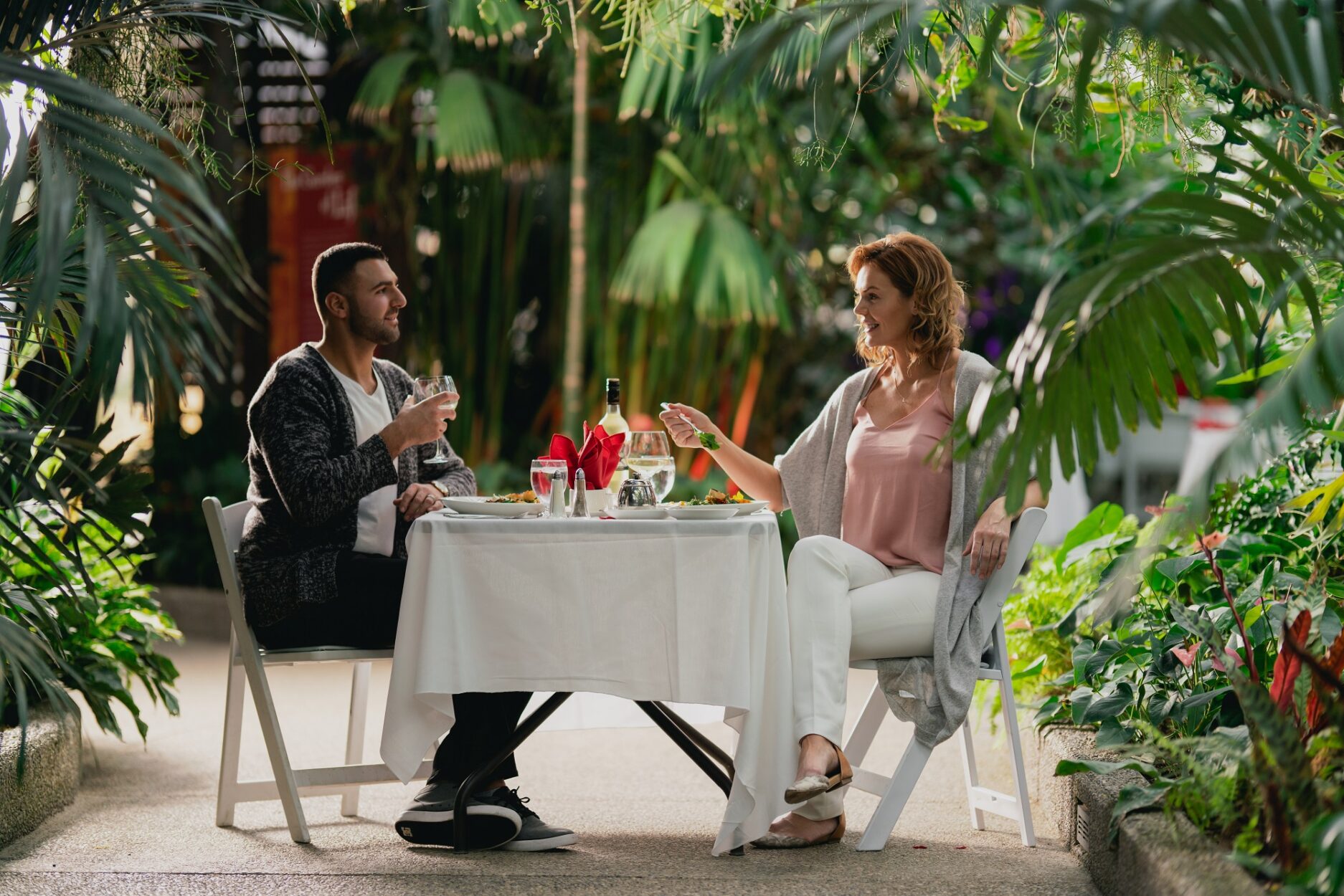 In the Heat of the Night at the Calgary Zoo

In the winter months, it can be tempting to hunker down and spend most nights wrapped up in a blanket on the couch. While that in and of itself is a nice winter date idea, here are some other ways you can spend a day or evening if you want to venture out of the house during this month of love!

Nothing spells winter romance quite like ice skating. Strap on a pair of skates and glide hand in hand on one of Calgary's many ice surfaces. Olympic Plaza in the heart of downtown is one of the most popular, but there are plenty of community rinks peppered throughout the city. Ice trails are also located at North Glenmore Park and Bowness Park, and you can try out the popular ice bikes at the latter. 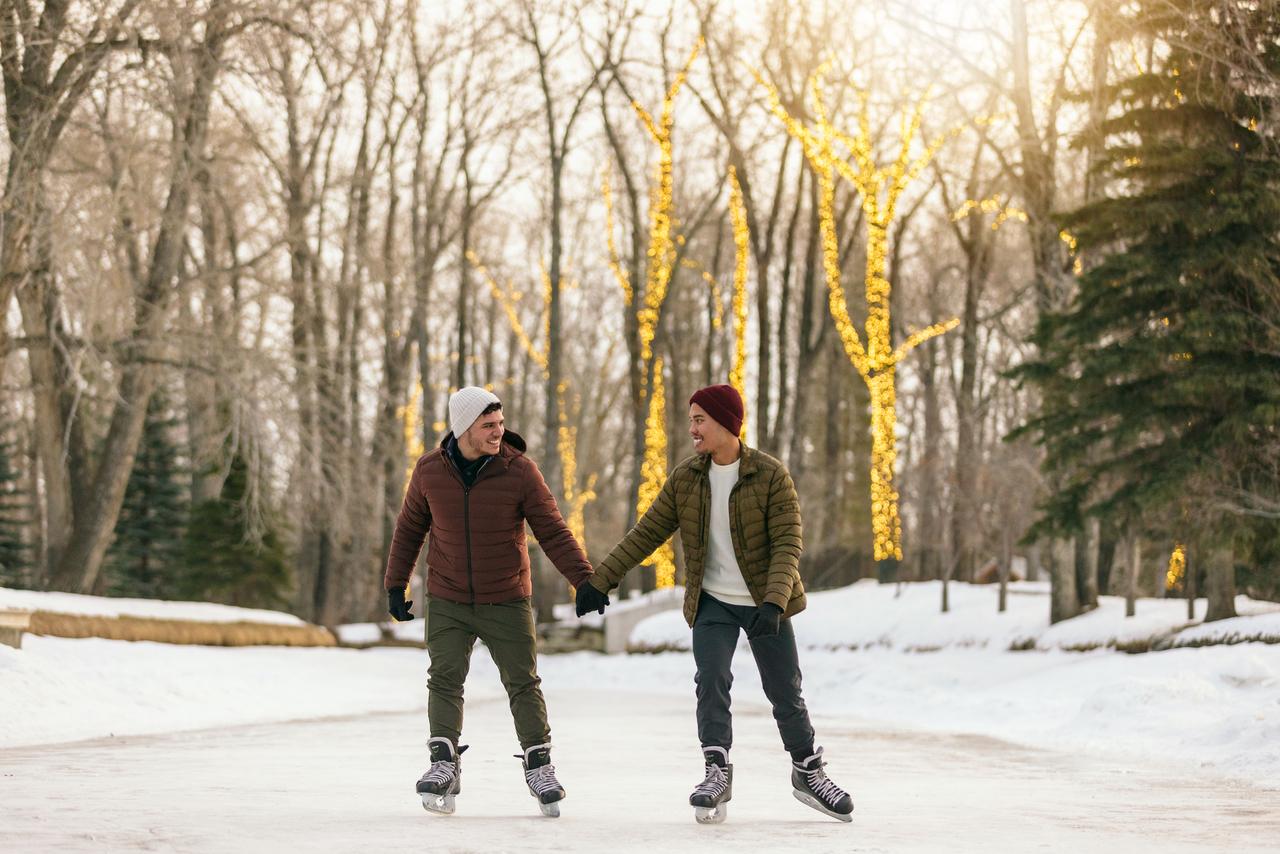 Bundle up and go for a spin down a snow-covered lane at the Servus Tube Park at WinSport's Canada Olympic Park. This fun-filled adrenaline rush is a great way to spend some time outdoors this winter. Race each other to the bottom or hold tight to each other's tubes and go down together. If a ski or snowboarding date is more your style, COP has you covered there too.

Just because it's winter doesn't mean you can't enjoy a drink on a patio. Calgary has several covered and/or heated patios for a cozy night out including Rooftop on 3rd Street SW, National on 10th and 17th, and Bottlescrew Bill's on 10th Avenue SW. Speaking of Bottlescrew Bill's, if you're looking for love this Valentine's Day, there's a 'Be My Valentine's Bash' speed dating event at the bar on February 14.

A trip to the Calgary Zoo is a great day date idea, but if you're looking for a romantic night out this Valentine's weekend, the Zoo is presenting the 28th annual 'In the Heat of the Night' event. Running February 12, 13, and 14, the evening consists of a four-course dinner courtesy of the award-winning culinary team with seating in the ENMAX Conservatory's Nutrien Garden of Life, Garden Gallery, or Orchid Garden. 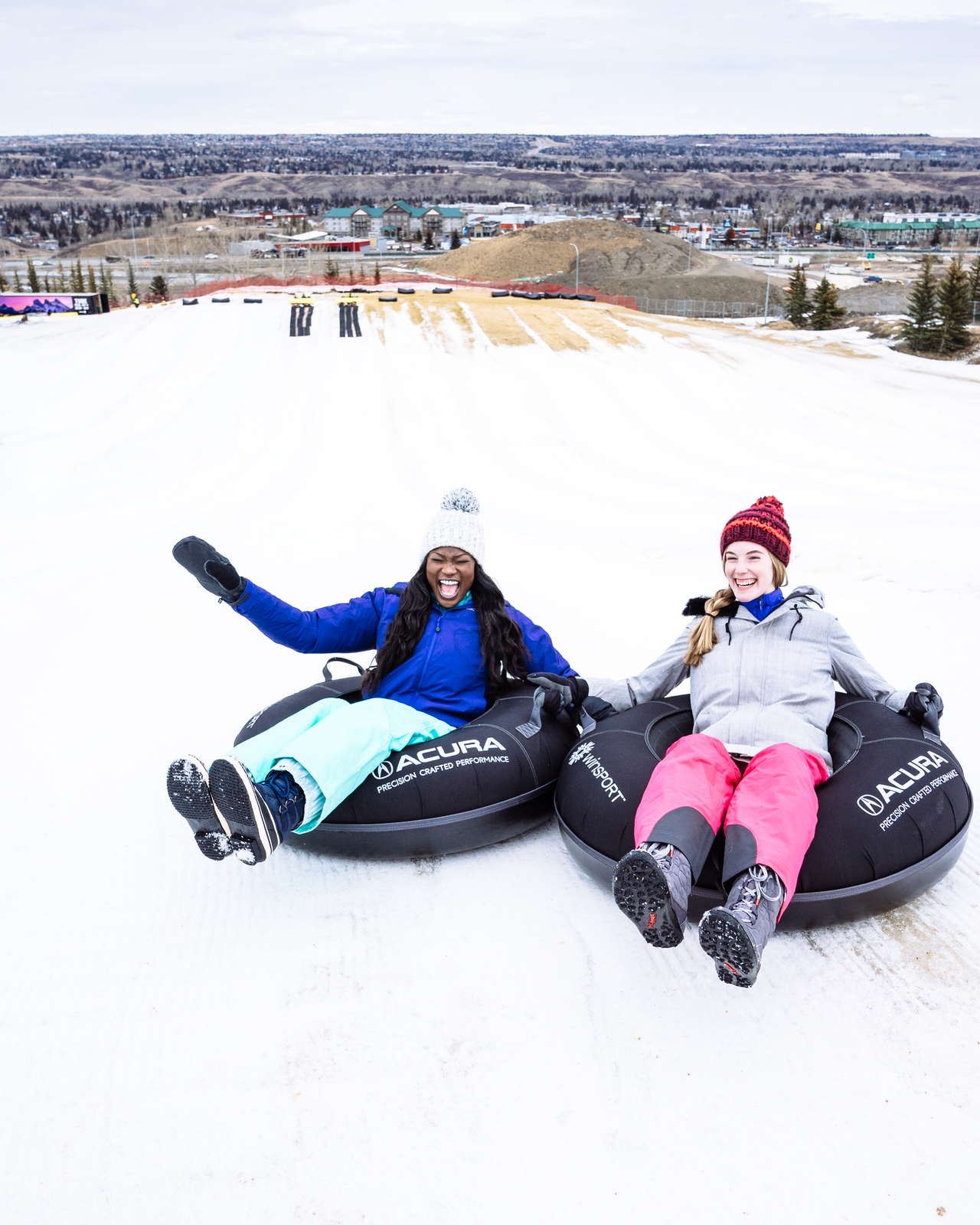 Elton John has written some of the best love songs of our time, including Your Song, Can You Feel the Love Tonight, and The One. Hear them performed by Rob Skeet and the Husky Tower Band while enjoying a three-course dinner at 'A Musical Tribute to Elton John' at Pure Casino Calgary on Saturday, February 12.

Candlelight is often associated with romance, as is classical music. 'Fever Up' puts the two together for a one-of-a-kind live music experience. Take in a string quartet surrounded by hundreds of flickering candles at Lantern Community Church in Calgary's iconic Inglewood neighbourhood. Enjoy classical twists on songs from popular artists like ABBA, Taylor Swift, and Coldplay. There are also two special Valentine's concerts for a romantic and unique evening out.

Laughter is always a sign of a good date, so why not guarantee a night of chuckling by checking out some live comedy? FunnyFest presents the Valentine Comedy Extravaganza on February 11 and 12 at Clarion Hotel Calgary and February 14 at Dog and Duck Public House.