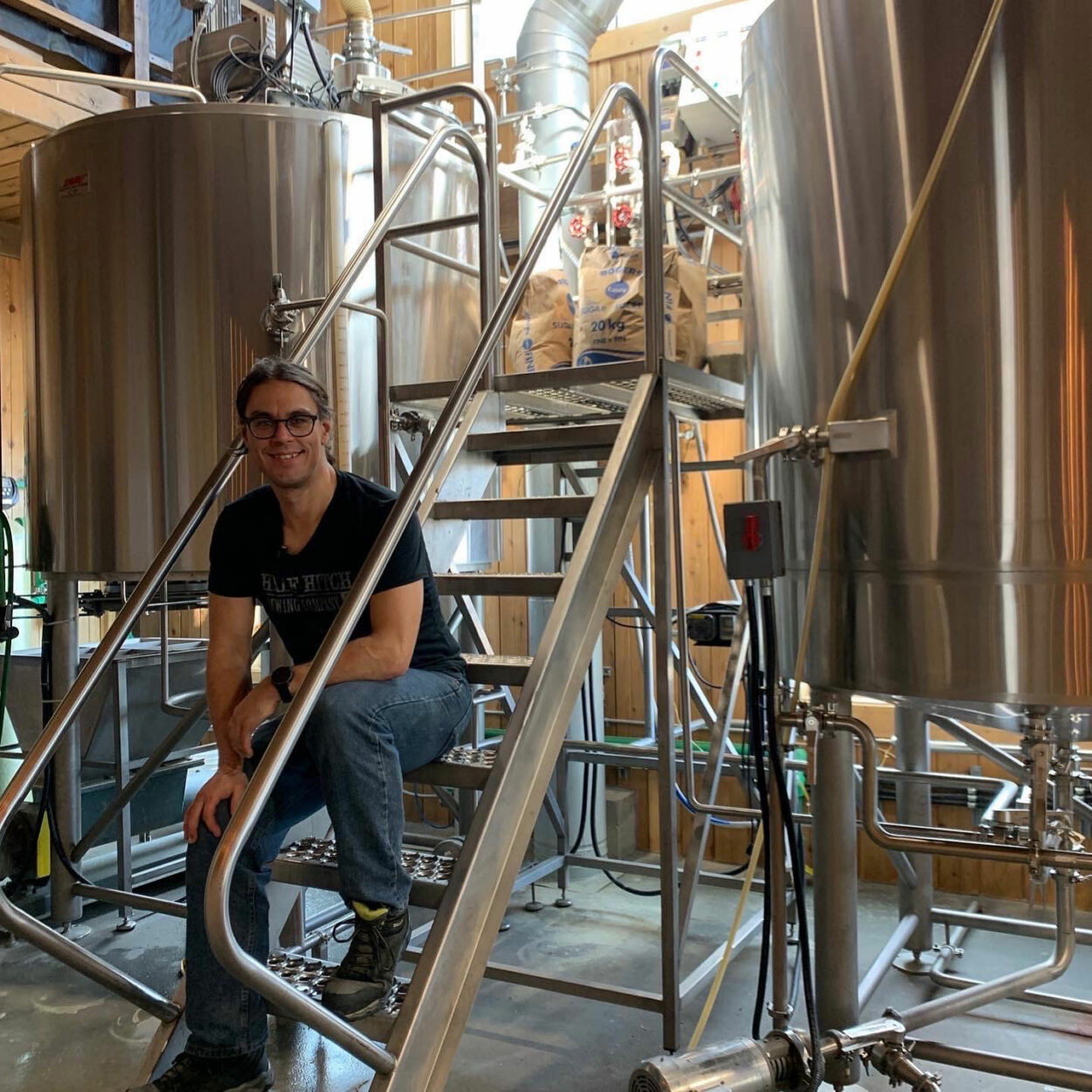 Chris Heier, president of Half Hitch.

Following the Russian invasion of their country, Pravda Beer Theatre, a brewery located in Lviv, Ukraine, made it known to the close-knit global beer community how desperate their situation was. In late February 2022, Pravda announced they were suspending beer production in favour of making Molotov cocktails. An image of Pravda beer bottles turned incendiary devices was widely shared through social media along with a video of Pravda owner and founder Yuriy Zastavny explaining why he felt the need to act.

Alberta resident Vern Raincock had been a brewery consultant to Pravda Beer Theatre and had even imported their beer into Alberta prior to the pandemic. When he learned of Pravda's and Zastavny's actions, he knew he wanted to help. Raincock reached out to Zastavny and the two cofounded the website BrewForUkraine.beer, a global effort to provide funds for the humanitarian crisis in Ukraine. 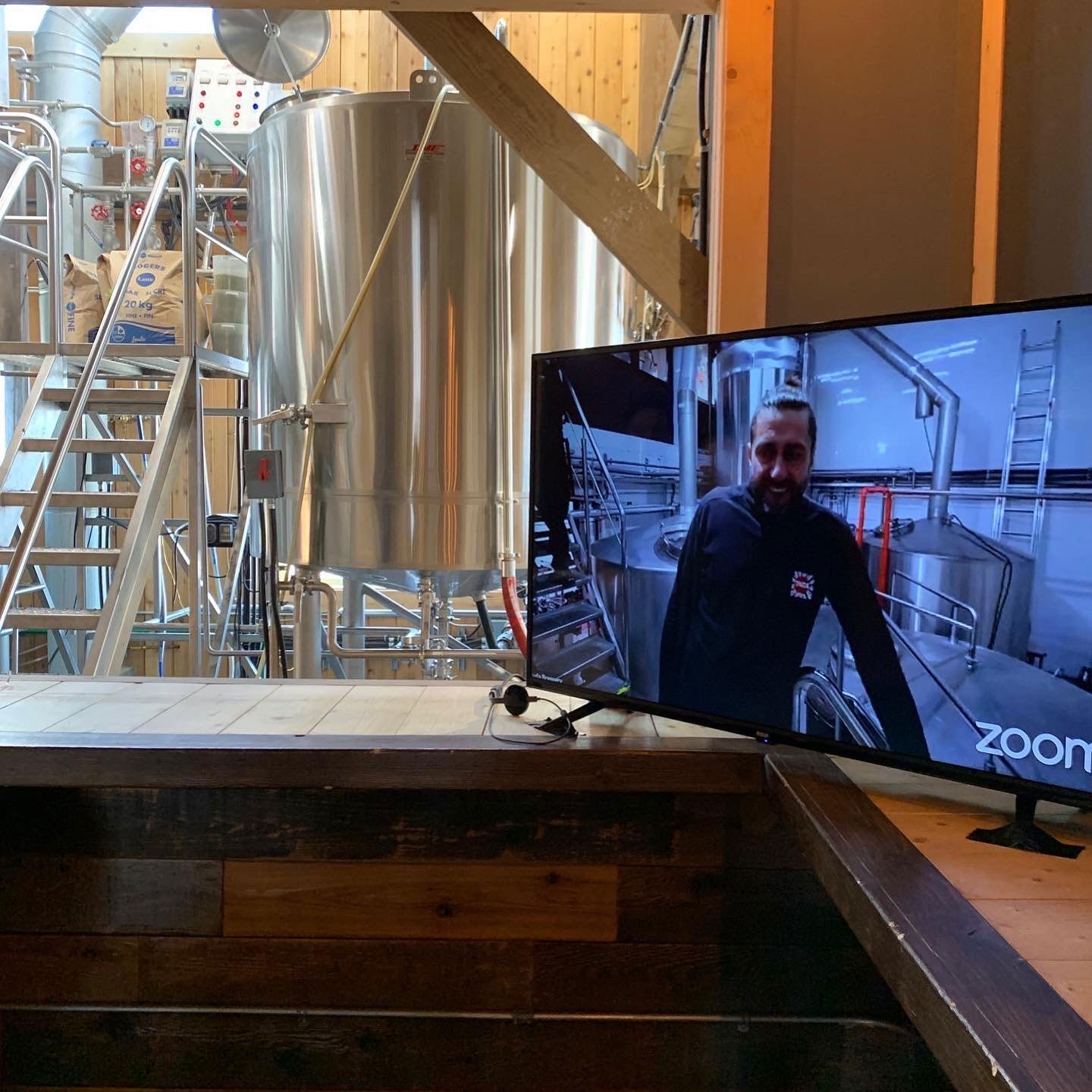 Photo provided by Half Hitch Brewing

Locally, Half Hitch Brewing in Cochrane was the first to jump on board. "I am passionate about supporting the humanitarian efforts that need to happen with those evacuating Ukraine and Russia," says Chris Heier, president of Half Hitch.

Heier reached out to some brewing friends, and on March 15, simultaneously with other breweries around the world connected by a live stream, started brewing one of Pravda's beer recipes, which had been shared as part of the Brew For Ukraine project. Heier was joined by representatives of Apex Predator Brewing (Edson, Alberta) and Belly Hop Brewing (Red Deer, Alberta).

The beer is called Putin Huylo Golden Strong Ale. It is a big, bold, strong beer (it weighs in at a hefty 8.0% ABV) that taps into Belgian brewing traditions. It is a beer that Pravda regularly brewed (all of their beer labels are irreverent and include political figures, including one featuring Prime Minister Justin Trudeau), but they have made their recipes publicly available as part of this charitable endeavour.

All of the ingredients for the beer were donated so that 100% of the wholesale price of the beer can be given to the Red Cross. Heier had volunteered with the Red Cross in the past and has firsthand experience with the work of the global humanitarian organization.

Half Hitch donated its brewery and labour, along with the standard grains and other ingredients it had on hand. Specialty grains were donated by Brewers Supply Group, sugar was donated by Sysco Canada and hops were donated by Northwest Hop Farms. Big Rock Brewery donated the cans while Belly Hop donated PakTechs (the plastic clips that hold together the four- packs of cans). Heier says he is working with the various levels of beer distribution in Alberta to see if they will also donate their profits in support of the cause. 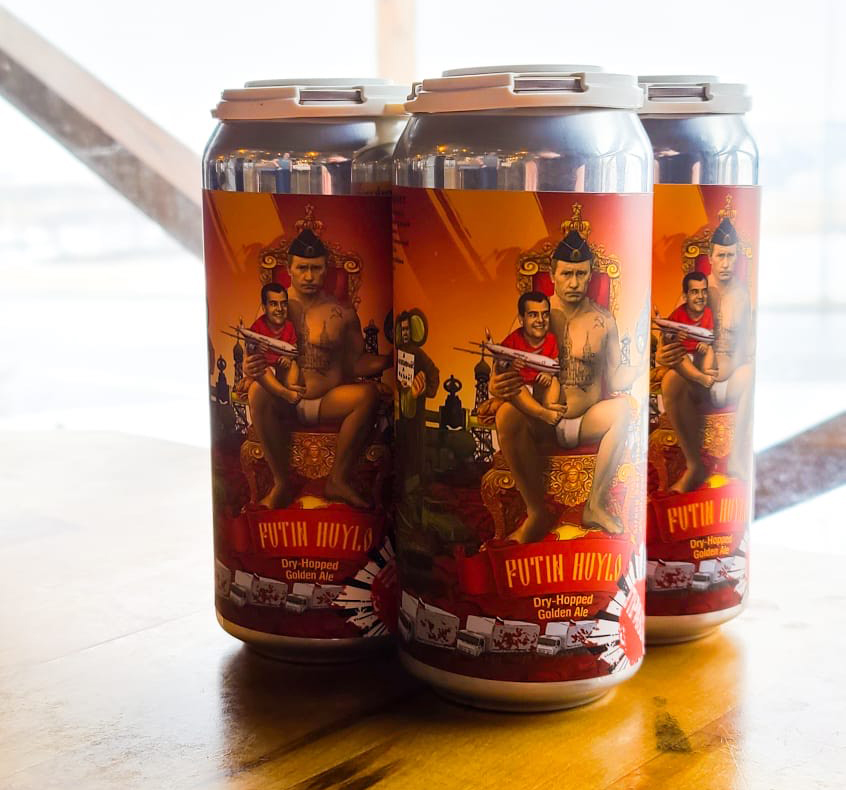 The beer is available in 4-packs of 473ml cans featuring a modified version of the Pravda Huylo beer label (which features an image of Vladmir Putin and Ukraine President Volodymyr Zelenskyy). It is gold to copper in colour and features a lightly fruity aroma. The flavour is strong and bold. It has a light sweetness from the alcohol and notes of confectioner's sugar balanced against a gentle hop bitterness and light hop fruitiness.

Heier anticipates the project will raise over $80,000 for the Red Cross. Alberta residents who want to support the effort can purchase the beer from their favourite beer stores and can visit where other similar projects are listed, along with links to vetted charities assisting with the situation in Ukraine.