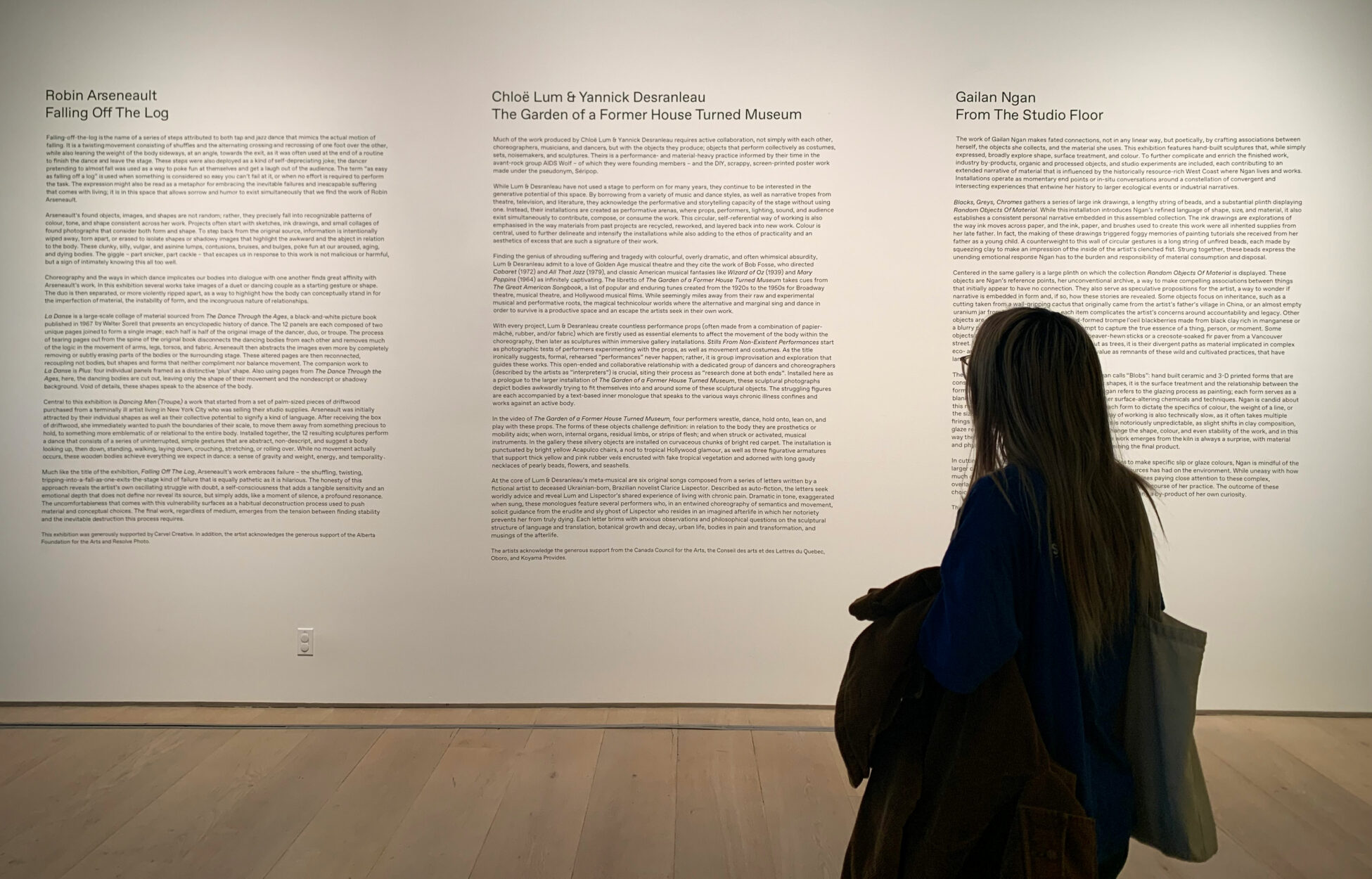 On July 22, Esker Foundation held an event to launch their new summer exhibitions. Esker Foundation is a contemporary art gallery in Inglewood that opened in 2012, and this launch event was their very first since the beginning of the pandemic. Their last event was exactly, “two years, five months, three weeks, and six days ago,” as stated by the speaker at the event. During the speech, she also acknowledged how excited everyone at the gallery was to finally be able to celebrate a launch in person again. She thanked each and every person that contributed to the event by name.

The turnout for the event was great, as there were many people flowing in and out of each exhibit all night. The crowd that gathered around to watch the event speech filled the entire front entrance area of the gallery. There was also a bar serving wine and other drinks that could be sipped while walking through the gallery and taking in the art.

The event was launching three new exhibitions, which will be on display from now until December 18. The exhibitions are Robin Arseneault: Falling Off The Log, Gailan Ngan: From The Studio Floor, and Chloë Lum & Yannick Desranleau: The Garden of a Former House Turned Museum.

The main attraction of Robin Arseneault’s exhibition was Dancing Men (Troupe), which consists of 12 large sculptures that are on display in the center of the back room of the gallery. These wooden sculptures are meant to depict figures dancing and moving, while they stay stationary. One of the most interesting things about this piece is how you can walk around it and see it turn into different things as your perspective changes. Also included in Arseneault’s exhibition is La Danse, a black and white photo collage. The photos used have been sourced from Walter Sorell’s 1967 photography book, The Dance Through the Ages. This piece caught my eye more than anything else in the gallery. It was stimulating to see old works of black and white photography repurposed into a modern and abstract work of art. 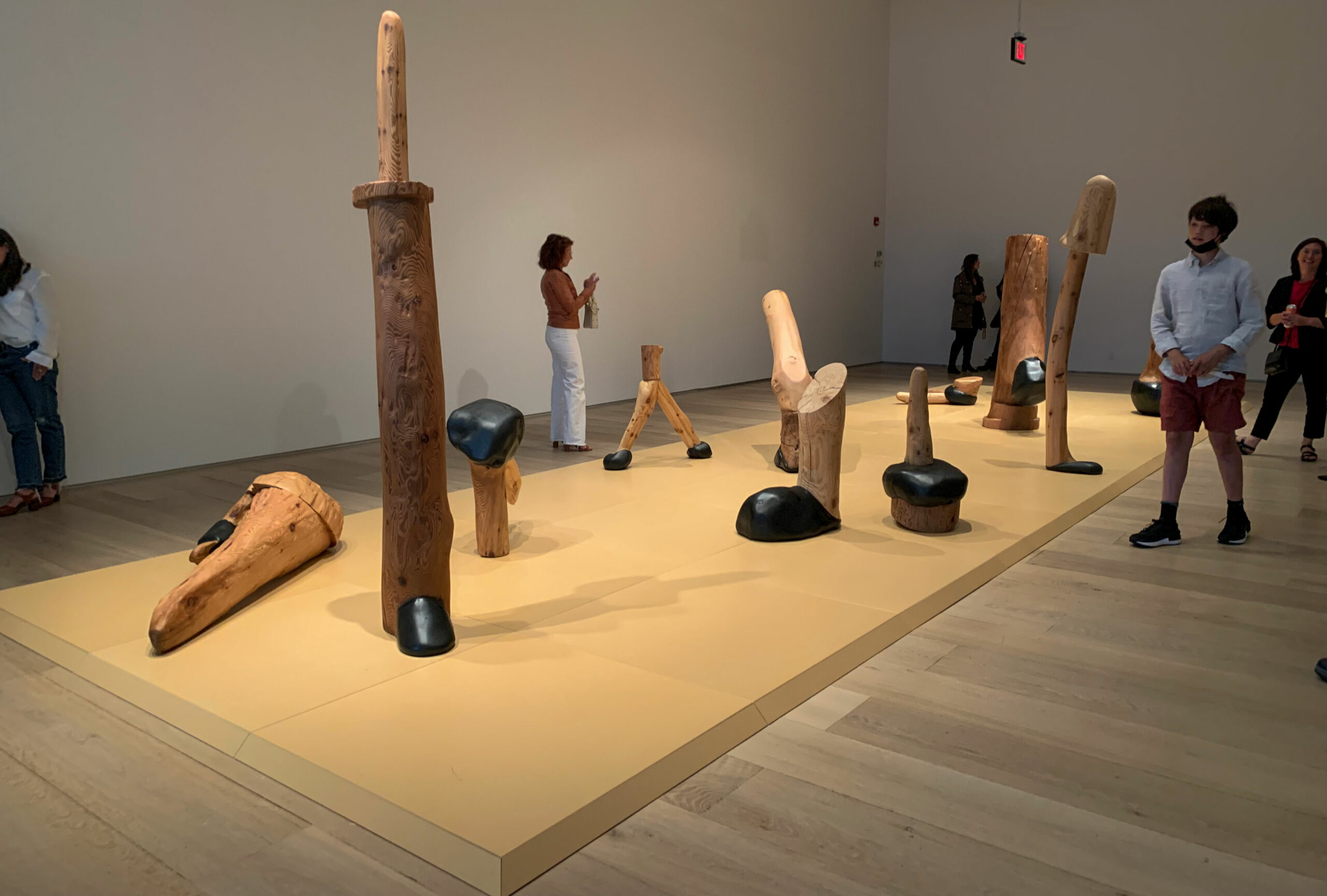 Gailan Ngan: From The Studio Floor

Gailan Ngan’s exhibition consists of a few different pieces, including Random Objects Of Material, Blacks, Greys, Chromes, and Moon Orbit, which was personally my favourite.  This piece was a collection of small, irregularly shaped sculptures scattered across the floor of one of the gallery rooms. For myself, it was especially eye-catching because of the bright colours and designs displayed on each sculpture. It was also interesting to be able to walk through the display and weave in between each small boulder. 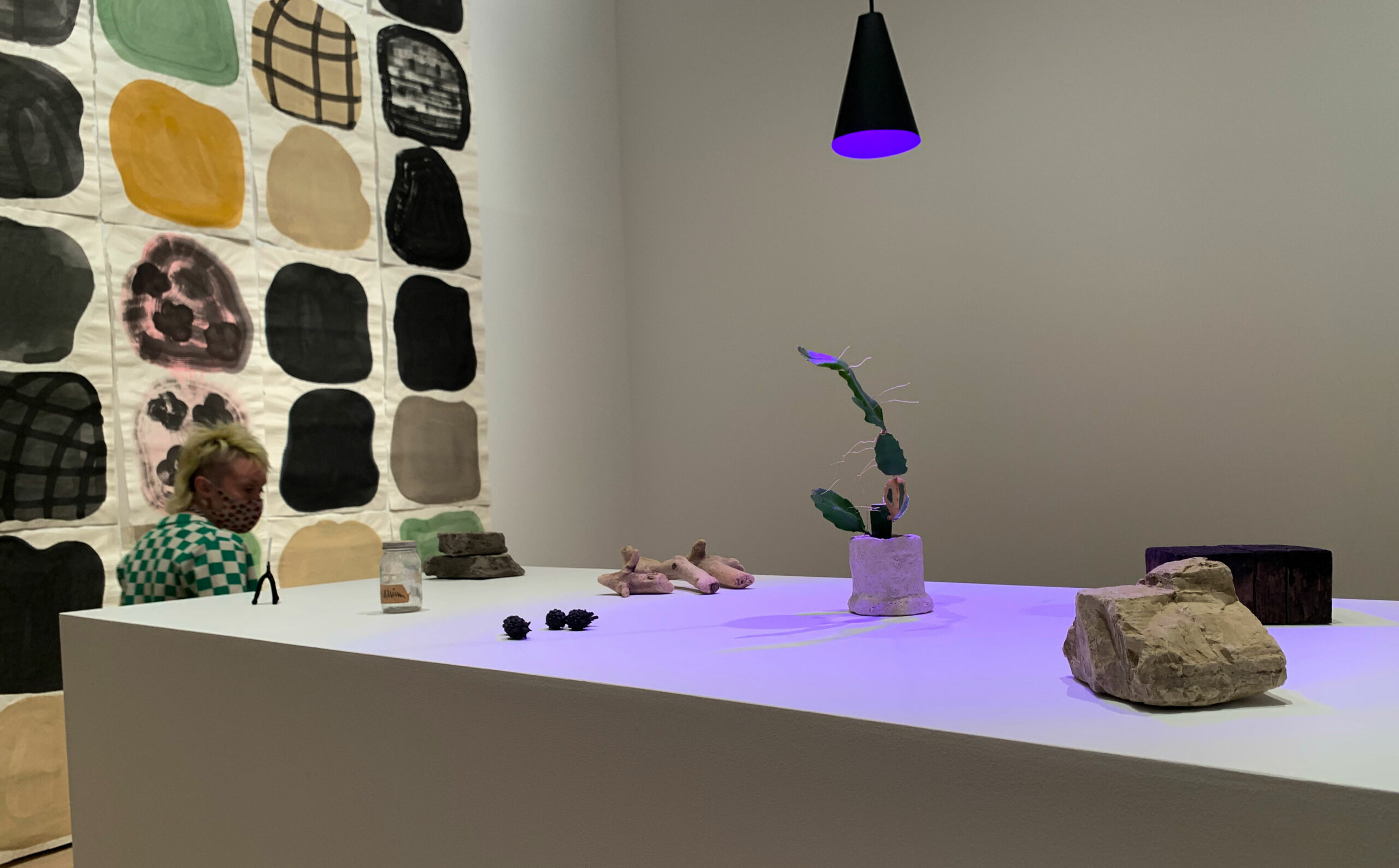 Chloë Lum & Yannick Desranleau’s was subjectively the most abstract of the three exhibitions. Not only did they have interestingly beautiful art pieces on display in a secluded room inside the gallery, but there was also a television playing a video of four performers singing and dancing to multiple different songs. In the video, they are using the art pieces that are now on display. This creates a fascinating connection between the physical exhibition and the recorded performance. 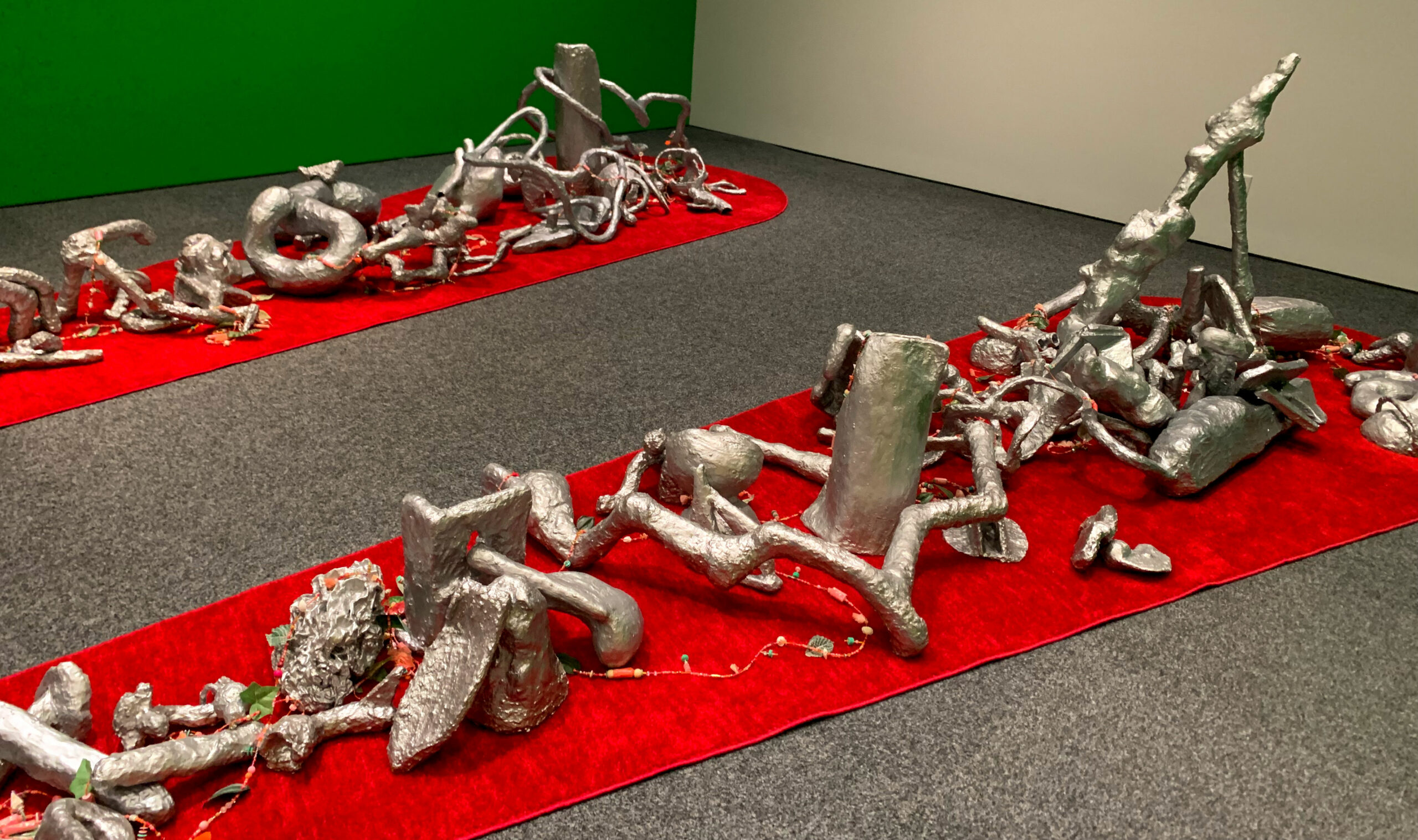 Esker Foundation has free admission, so take some time to stop by during the summer, fall, and winter season. Each visit is sure to evoke a different feeling and perspective!